In 2014, public relations professional Gini Dietrich introduced the PESO model in her book Spin Sucks. The PESO model categorizes media as paid, earned, shared or owned and looks at how the four types can intersect to contribute to a brand’s authority.

Since the model was developed, it’s been embraced by marketers and publicists and adapted to best suit their industries. While not every aspect perfectly transfers from PR to B2B marketing, thinking about your content in these four ways can help you optimize your marketing communications.

“Owned media is just any type of content that you create and own yourself — that’s on your website and any sort of assets or locations that you own as a company,” Guido says.

Basically, if you’ve created it in-house and you own it, it’s considered owned media.

“The great thing about owned media is that you own it. That means you have control over it. With every other type of media that we talk about, you have less control over it,” Guido says.

Owned media can also include assets that you hire people to make for you. For example, you might not have the resources in-house to create video content, so you might hire a freelancer. As long as it’s written into the contract that you will own the finished video, that’ll be classified as owned media.

Paid media is content you have to pay to place and promote. You have heavy influence over the content, but your control will be limited by the rules of the host or publication.

“The benefits of them is that you can reach an audience that is much more difficult to or might take a lot longer to reach through owned methods,” Guido says. “So, you can go out and just place your content in front of them by paying for it.”

A downside of paid media is its lack of longevity. Once you stop paying for it, its effectiveness decreases.

Shared media is content that is shared across social media or shared between multiple owners. It doesn’t have a concrete, explicit definition, because as social media evolves, shared media changes too.

I think AdWeek explains it best when they define shared media as “the documented engagement between a brand and a user where that engagement is reflected in both of their networks and not fully owned by either entity. In layman’s terms, when you like or comment on a brand’s Status Update or post on the wall of a brand’s Facebook page, a physical record of your action now exists on both the brand’s Page and your personal Profile. The brand doesn’t exclusively own the content, nor do you. The content is partially owned and partially earned. Since that gets a little confusing, it’s better to think of that content as now being Shared Media.”

The downside of shared media is that you have no control over the reach of the shared content. If someone makes a meme mocking your product, you can’t stop it from going viral, and you also can’t control whether or not positive interactions you have with fans will go viral.

Earned media is content created by someone else about your company that you didn’t pay for.

“Most of the other things are self-promotional. Earned is someone else talking about you on your behalf, and people trust what other people are saying about you more than they trust what you say about yourself,” Guido says.

“One of the most effective ways to get earned media is to do something newsworthy,” Guido says.

But you can also use the other forms of media to get the earned attention. If you publish research and promote it via paid channels, that’s using owned and paid media to garner earned media.

“If you promote your owned media through publishing it on your website, getting it to rank so people can see it, posting it on your social channels and trying to get people to link back to it, you can earn those links through promoting those links and getting quality traffic out of it,” Guido says.

The Intersection of Each Media Type

The four types of media are frequently leveraged together.

Press releases are owned media promoted through paid media in an effort to get earned media.

Reviews are earned media, but when a company publishes them on their website as a testimonial, they become owned media.

When we co-host a webinar with a partner, we own it: it’s hosted on our website and produced by us. But for our partner, it’s earned media. Their expertise led to them being asked to participate and thus earned them backlinks and promotion. That webinar can also be shared on social media and interacted with by participants and fans, and it can be promoted through paid means as well.

Using all four media types will help our webinar get the most reach and thus generate maximum ROI for our company. 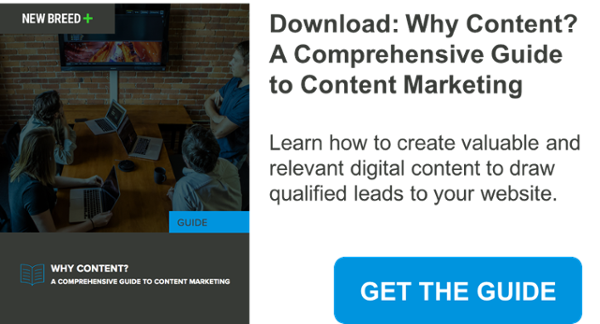 4 UX Design Trends You Need to Be Following

When people think of design trends, they typically start along the lines of minimalism, monochrome and mixed typography.

While visual design is important — it contributes...

How to Attract the Right People to Your Website

One of the biggest challenges we face as marketers is attracting the right traffic to our website. There is a common misconception among marketers, especially when...