Everything You Need to Know About the HubSpot CMS Hub 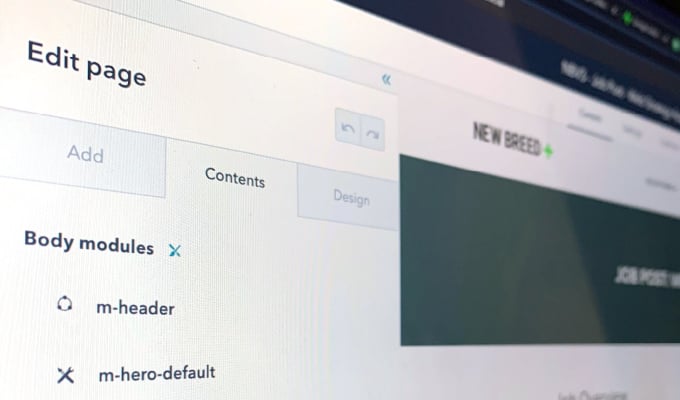 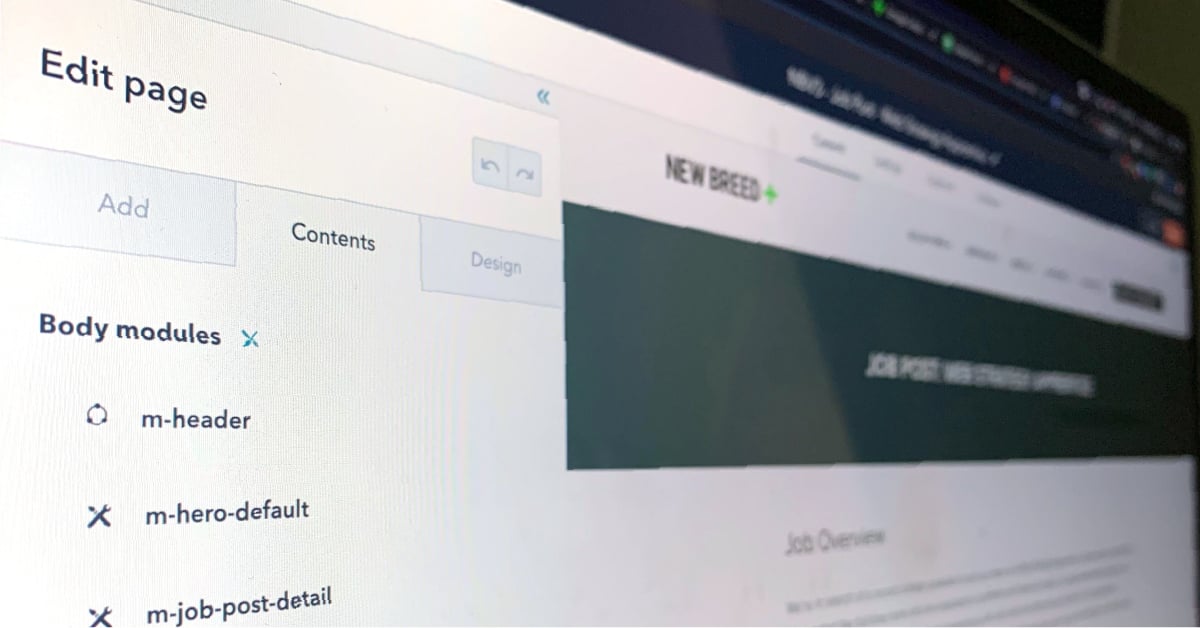 While the HubSpot CMS has been around for years, it’s been primarily meant to be leveraged in combination with the HubSpot Marketing Hub. But, In April of 2020, HubSpot re-launched the CMS as a standalone hub.

While only a few features of the HubSpot CMS Hub are net new, it now includes tools that used to only be accessible through purchasing the Marketing Hub. This allows HubSpot’s CMS to be leveraged by itself and appeal to companies who need a solid CMS but don’t want to switch marketing automation platforms.

The CMS Hub has two different tiers for users to choose from: Professional and Enterprise.

CMS Hub Professional has stayed much the same as the previous version of the CMS, with the biggest update being the introduction of themes and drag and drop page editing. Enterprise has additional features including adaptive testing, memberships, an included second brand domain, partitioning, serverless functions (which allow the CMS to integrate directly with 3rd party APIs) and additional performance monitoring capabilities.

The HubSpot CMS Hub includes everything you need to build and maintain a marketing website. It contains the tools you need to set up website pages, landing pages and a blog in addition to core marketing features like calls-to-action, forms, conversational marketing, video, SEO recommendations and reporting tools.

Here are some of the newer features we are most excited about:

“The CMS has had a lot of stigma around building on it because you had to develop a lot of it in the cloud using HubSpot’s proprietary tools, whereas developers like to have their own local dev stack and workflows so that they can build however they want,” says Chief Design Officer Chris Matthieu.

Historically, developers would write CSS locally but would have to code the modules and templates in the browser-based HubSpot Design Tools. Themes allow developers to create modules, templates and styles in their own local tools and push them up to HubSpot via the CMS CLI.

While that aspect of themes might not impact the marketers using the platform, it makes it a lot easier for developers to build on the CMS.

On the marketing side, themes help to enforce brand consistency across a website, since once a theme is selected, they’ll be able to see just the templates and modules that match it. Plus, they can easily set colors and logos sitewide.

HubSpot’s CMS has always had flex columns, which allow users to arrange modules in any vertical order they want while building page templates. Drag and drop page editing brings it a step further and allows you to set module order, widths and vertical or horizontal placement on the fly. Now, you can build layouts without code by just dragging and dropping different elements on a webpage.

According to Chris, this is a great option for small marketing teams who are trying to do everything themselves and might not have a knowledge of code or a developer on hand every time they need a new template or webpage. However, for larger businesses where brand consistency is more important, we don’t recommend the drag and drop builder as the site can easily lose aesthetic consistency over time. In this case we recommend using a flexible column (instead a drag and drop area) where you still have flexibility with which modules are used and the order in which they appear but don’t risk inconsistent styling from page to page.

The ability to create different language variants for web pages was already a part of the HubSpot CMS, and now that functionality has been expanded to blogs as well.

Additionally, with the launch of the CMS Hub, users are now able to compare the performance of different language variants of a page against each other using A/B testing.

With the Enterprise CMS, companies can run multiple websites through just one HubSpot portal.

This can be useful for companies who have multiple brands under the same parent company or have a separate website they manage for a campaign or event.

“If you think about it from the perspective of managing leads and contacts in HubSpot, it’s sometimes really useful to have multiple sites within one instance,” says Lead Web Strategist Kelly Molloy. “So, if you’re launching a campaign that will maybe only be around for a couple of months, and you want it to be on its own domain, you can still collect all that information for your sales team to have, but [the campaign] can live on a separate domain and have separate branding.

Partitioning allows you to assign different user permissions to different teams so people only have access to the content relevant to them.

For example, if you are operating two brand domains from the same portal, you can have everyone in the same portal, but only give individuals access to the brand they actually work on. Or, if you have different roles on your team, you can assign user permissions based on each person’s responsibilities. So if you have a team member that only writes for your blog, for example, you can give them access to edit your blog, but not webpages or forms.

HubSpot will choose a winner for you and route traffic toward the most successful variation once enough data is collected.

“By having more variants, you can get deeper into what is actually the best for your users,” Kelly says.

While integrating your website on the HubSpot CMS with tools that are official app partners is easy, integrating with other APIs previously required your team to host the script to connect that app using a third party platform (such as Heroku).

With serverless functions, those integration scripts can now be created and run directly in the HubSpot CMS. This not only reduces the number of platforms you need to run your website but also makes it easier to maintain integration properties and authorizations.

The inability to limit audiences for certain parts of their website used to be a reason that some companies would choose an alternative CMS over HubSpot. Memberships solves that.

The membership feature allows you to limit access to portions of your website based on smart lists. For example, you could set some resources as customer only or partner only. To access that content, visitors would need to sign in. This allows companies to get more personalized with their audience-specific website content and not have to worry about a user navigating to a page that isn’t applicable to them.

The Enterprise CMS allows users to have deeper insights around their website’s technical performance and security.

The Benefits of the CMS Hub for Users

While still offering a lot of great benefits for marketers, the new updates to the HubSpot CMS have increased its appeal for developers. This cements it as a platform that marketers will love to use and developers will love to build on.

The best CMS for you will depend on what the purpose of your website is.

“We’re in the business of making B2B websites where the primary focus is lead generation. If that’s the goal of your site, then we think [the HubSpot CMS Hub] is the best way to do that, and we think that because that’s what it was built from the ground up for,” Chris says.

Everything you need to build and optimize your website is part of the HubSpot CMS, from forms to SEO to reporting to traffic analytics.

“It’s set up to grow your lead database and let your sales team act on it,” Chris says.