How to Use Video in Your Sales Outreach 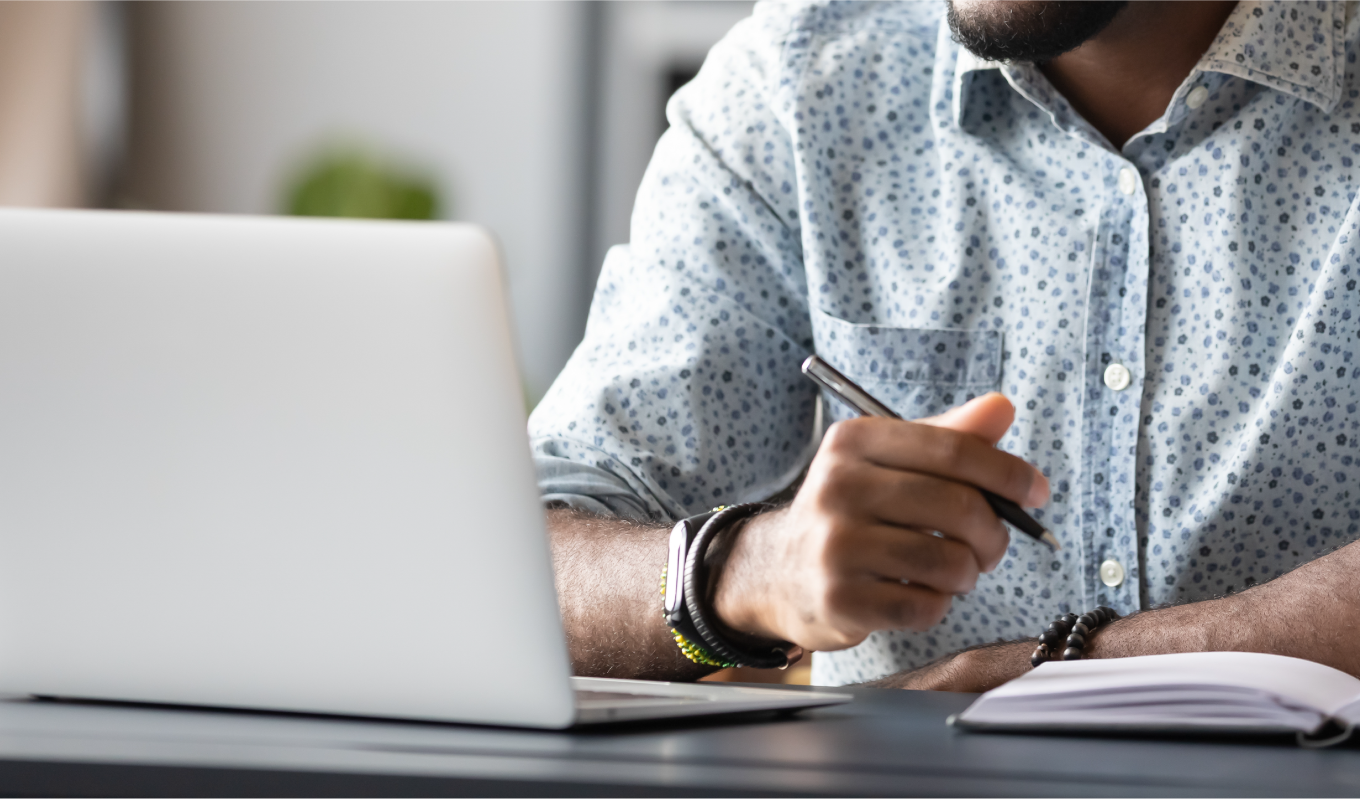 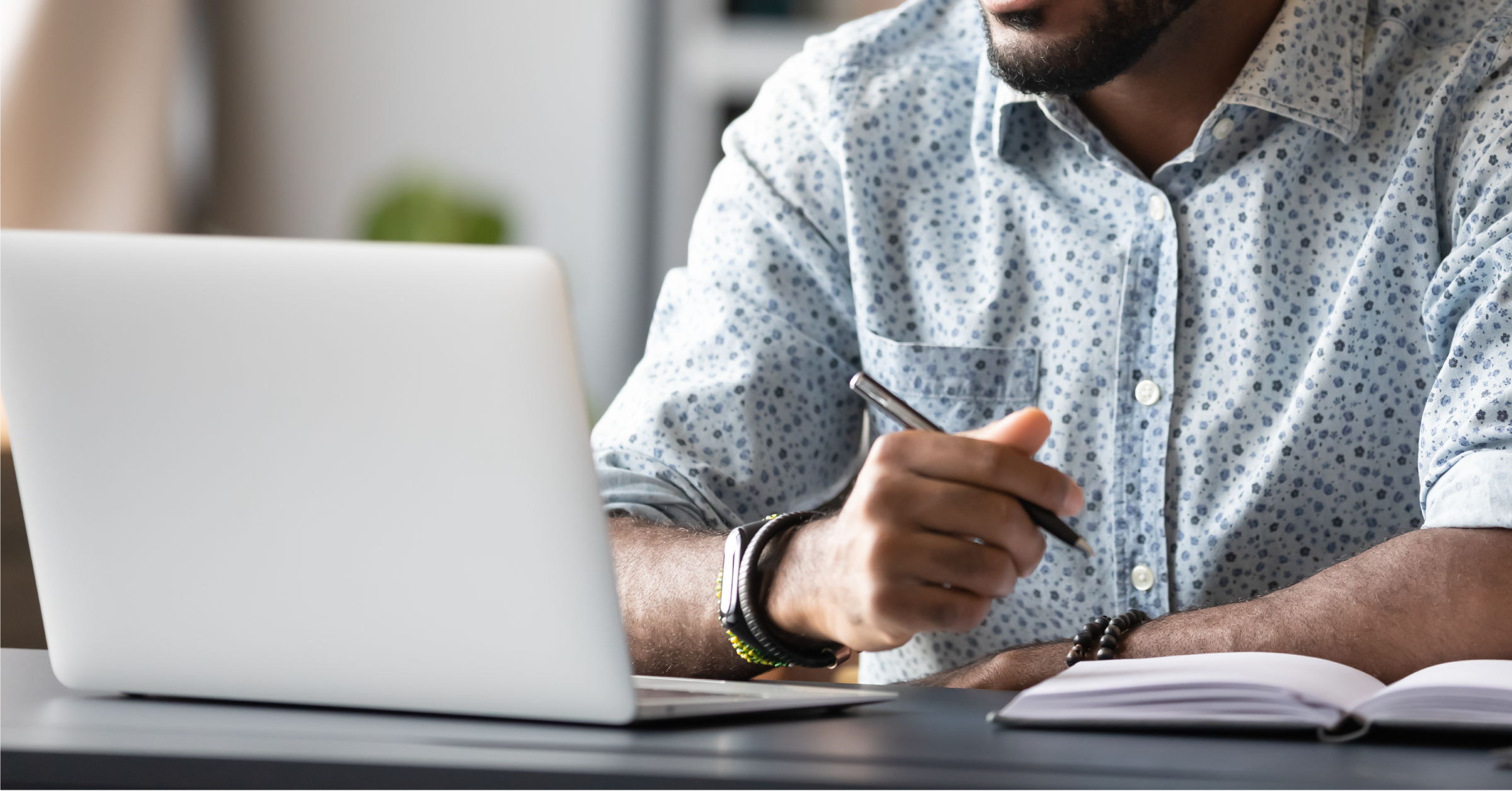 The human aspect of putting a face to the name goes a long way in sales. People are more likely to respond to someone if they’ve seen their face. Because of that, using video in your sales outreach helps start conversations and increase your response rate.

Types of Videos to Send

Whiteboard videos are introductory videos that are similar to leaving a voicemail in terms of where they fall in the sales outreach process. To make one, write the prospect’s name on a whiteboard and introduce yourself, mention a recent conversion point and establish yourself as a resource.

These videos are 30–45 seconds long, but having the handwritten whiteboard greeting proves that you put in the effort to create something custom. It’s like sending a handwritten note instead of a templated email. An assessment video is a two- or three-minute screen recording of the prospect’s website. We’ll navigate through parts of their site and run through a couple of suggestions for content strategy, website segmentation or any other pain point we can help them address.

With Vidyard’s GoVideo tool, we can annotate directly on the screen to draw the viewer’s attention to where we want them to look. This is great for pointing out key takeaways or highlighting areas for improvement.

Assessment videos help immediately add value for the buyer by offering them some recommendations to act on while also proving that we know what we’re talking about and can help them with their challenge. Proposal videos allow you to retain control of how your message is framed as it’s passed throughout the company.

More often than not, you’re talking to a champion of a sale, and they need to deliver your proposal to a decision-maker. Using a video for this allows you to guarantee that your message is being delivered the way you want as it’s passed on to the final decision-maker. Early on, it can be a little uncomfortable to put a video together, but once you get over that, Vidyard can be a really useful tool. At first, it might feel silly talking to a computer when making a video to introduce yourself, but I find it helpful to keep in mind that they could respond and in that way, it is like talking to another person.

2. Leave in some of the human elements

Your video doesn’t have to be perfect to be effective. If you mess up really bad, definitely start over. For example, I’ve forgotten company names when recording before, so I obviously wouldn’t send that take of a video. But allowing the viewer to watch you talk through what you’re trying to say is advantageous for showcasing the personality behind the video. I try not to do more than one take.

I try not to use a script in any part of the sales process, but especially when it comes to video. People can tell when you’re reading off a script, and it can seem disingenuous. While it’s good to keep track of points you want to hit on, you should treat your video like a conversation with the prospect. Reference the things they are interested in and tailor your talk track to those subjects.

Vidyard’s GoVideo is a free, online recording tool that makes it incredibly simple to incorporate video into your sales process.

By recording both your screen and your webcam at the same time, you can maintain a personal touch while sharing helpful or relevant information on your screen. The platform also enables you to move your camera’s window throughout the recording process to prevent covering something on your screen. 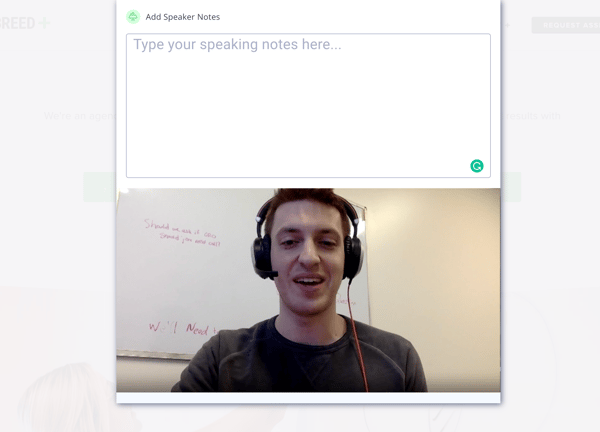 Like I said before, scripting is a good thing to avoid during the sales process. However, having notes is incredibly helpful. Vidyard’s speaker notes tool enables me to jot down key points or takeaways that I want to hit on during my recording session. The notes sit right above the recording screen and make it easy to keep track of what I have and haven’t discussed.

When recording a screen share, you can treat your screen like a virtual whiteboard. The annotation tool lets me highlight key areas or draw the viewer’s attention to whatever I’m talking about in the moment.

An excellent feature of the platform is being able to know when someone watched your video and for how long. Sending videos via Vidyard’s Gmail Integration will notify me as soon as a prospect has watched my video.

I can use that information to follow up, sending an email saying “Hey, it looked like you watched my video. I’m curious to know what you thought!”

Additionally, by taking a look at more of Vidyard’s analytics interface, I can see how much of a video someone has watched. Not only does this show me who’s most engaged, if someone only watches part of the video, I can pull a screenshot of the notification and personalize a follow-up email including it.

Studying the data tells me what kind of videos are working and which aren’t to adjust my strategy. Additionally, using it to send personalized follow-ups shows that you’re paying attention and not just robotically firing off videos.

Vidyard’s platform is a great tool to leverage in the sales process as it offers a lot of functionality for improving your video outreach.

My advice to people starting out with video is similar to the advice Vidyard gave us: Just be yourself and be normal. You can pretend like you’re leaving a voicemail if that helps.

Putting the videos together and crafting an email only takes a few minutes. Compared to the time it takes to track down a phone number and navigate a directory, a video is much more efficient and offers a personal, human touch.

How to Improve your Email Marketing Efforts With Video Content

Email campaigns remain one of the best ways to communicate with a B2B audience. However, the extent of the success of any email marketing strategy hinges on the quality of...

How to Leverage “No” During the Sales Process

As you go through the sales process with a prospect, roadblocks are certain to come up. But a prospect saying no or raising an objection isn’t always a bad thing....

How Sales Enablement Can Improve Your Win Rate

A well-defined sales enablement strategy is essential to generating revenue and closing more deals. Your marketing and sales team need to be working in tandem to ensure a...

END_OF_DOCUMENT_TOKEN_TO_BE_REPLACED

Ben is a Business Development Representative at New Breed.